I went to visit my cousins in Hyderabad recently. There, one morning, we decided to visit the KVR Botanical Gardens, around a 10-minute drive from my cousin's house. So, my cousins, my sister, my uncle, my dad and I packed our waterbottles and caps and decided to walk the trail there.

The trail began with a disturbed Cattle Egret rising into the air from a well-concealed position in the grass, finally alighting on the top of a small, stunted Neem Tree. Continuing down the trail, we heard a raucous call: the Peacock! We craned our eyes to the spot where we heard it, and sure enough, we saw a Peahen (female) skulking into the vegetation. What a start!

As we progressed further, going into denser forests, we saw a concrete wall. Not exactly what you would expect to see in a forest, but it was immaterial, compared to what sat on it. 2 male Peacocks, their feathers resplendent in the gentle morning sun, sat on the wall, majestically looking around. Finally, they hopped down from the wall onto the other side. It was a great sighting.

The forest still grew denser, and the variety of species found began to steadily increase. Red-vented Bulbuls could be spotted from nearly every tree. Ashy Prinias and Tickell's Flowerpeckers were heard making their chirping noises from all flowering trees. However, they were notoriously hard to spot and we could only see a few through the thick foliage.

Suddenly, we heard a chirping noise that was different from all the others we had heard so far. We looked at the source, and found that it was a small warbler. We later identified it as a Sykes' Warbler, a lifer for me!

We continued down the trail, but we didn't find anything more of note. Finally, we reached the end of the trail and played a few rounds of cricket before going back. It was a rewarding experience.

BIRD OF THE DAY: Sykes' Warbler
Posted by Krishna S. Girish at 10:43 PM No comments:

The torrential downpour for the day had just ended. The Earth smelled of fresh mud. I took a deep breath and looked around.In the sky, a huge amount of Black Kites, Brahminy Kites, House Crows and a single Shikra were swooping through the sky. "Had something died?" I thought. But, when I inspected closer using binoculars, I saw that they were catching some insects flying in the sky.  I decided to find out what these insects were. I went to the adjacent plot and found a ant-hole. From these, the winged ants were coming out in huge numbers.

Each bird had a unique method of catching the insects. Black Kites soared for a second, caught the insect in its mouth, stopped for a second to eat it, and continued searching for insects.The Brahminy Kite caught it in between its legs and moved it to its beak. The crows would stop in midair, turn themselves vertically, catch it in their beak, and continue flying.The Shikra was the most efficient. It would catch it on the wing, effortlessly flying on after eating the insect. It was truly a sight to behold.
Posted by Krishna S. Girish at 2:32 AM No comments:

In our school, we have a CCTV Camera monitoring the stage at the front of the school. For a while there, I had noticed that a Spotted Dove had been building a nest there, in the gap between the camera and the wall.Everyday, when we were outside, it kept building its nest, flying from the nearby trees to its nest with a stick or small twig and place it carefully in its tangled mass of already-existing twigs. Everyday, I would see as the nest got larger and larger. Eventually, I saw as the dove proceeded to sit on its nest full-time. It stayed there for a few days, when it finally flew or the first time from the nest to the netting on the sides of the school.

But today, when i went to school, there was something different awaiting me. The nest was gone and the area was clean. The school must have called someone to clear up the nest or to place it in one of the adjacent trees.I will miss seeing the dove sitting in its nest every morning.
Posted by Krishna S. Girish at 8:28 AM No comments:

On May 3, my father, my sister and I went to Kaikondrahalli Lake for a morning's birding.We didn't expect much of the morning- we left at 9:00 in the morning- not a great time for birding. But the hour or so we spent birding exceeded our expectations by far. A while ago, we had seen 29 different species at the lake, and we believed this was a record that could not be bettered. But that day, we saw an astonishing 38 species.

We left after my sister woke up and ate breakfast, driving to the lake. We started the trail, with binoculars, field guide, camera and waterbottle in hand. We started with the usual species- the Little Grebe and the Spot-billed Duck- the perennial 'welcoming birds' to the lake. As we proceeded down the trail, we observed the multitudes of species at the 'island' in the centre. I surveyed the area, and found a few good birds- the bulk of the birds Little Egrets, Common Coots and Great Cormorant but there was an occasional Purple Heron or Grey Heron standing amongst the reeds. Adding these to the list, we went on our way.

There is a group of trees in Kaikondrahalli Lake I call the 'rookery trees' because there are several cormorant nests on it. Today, when I zoomed in with my binoculars, I saw little Great Cormorant fledglings in the nests, which were fairly messy bundles of twigs and sticks. On the ground, the usually cryptically patterned Indian Pond-Heron was now in breeding plumage and was muh easier to spot. But it still stood in its usual morose manner, waiting for the perfect moment to strike out at its prey with lightning speed. Having seen most waterbirds possible in the lake, we walked on to the forested area to look for smaller birds.

Near the lake's amphitheatre, we spotted a Purple Sunbird and a Tickell's Flowerpecker. As we walked on we spotted Asian Koel, Scaly-breasted Munia and Oriental White-eye. It was on the swampy land outside the lake that we spotted what could have been the top bird of the day- the Bronze-Winged Jacana, accompanied by a group of Purple Swamphens. Satisfied, we began the walk back.

An Ashy Prinia flew above our heads, a fitting end to what had been truly (to say the least) a productive birding session.

Here are the pictures taken of the birds we saw- 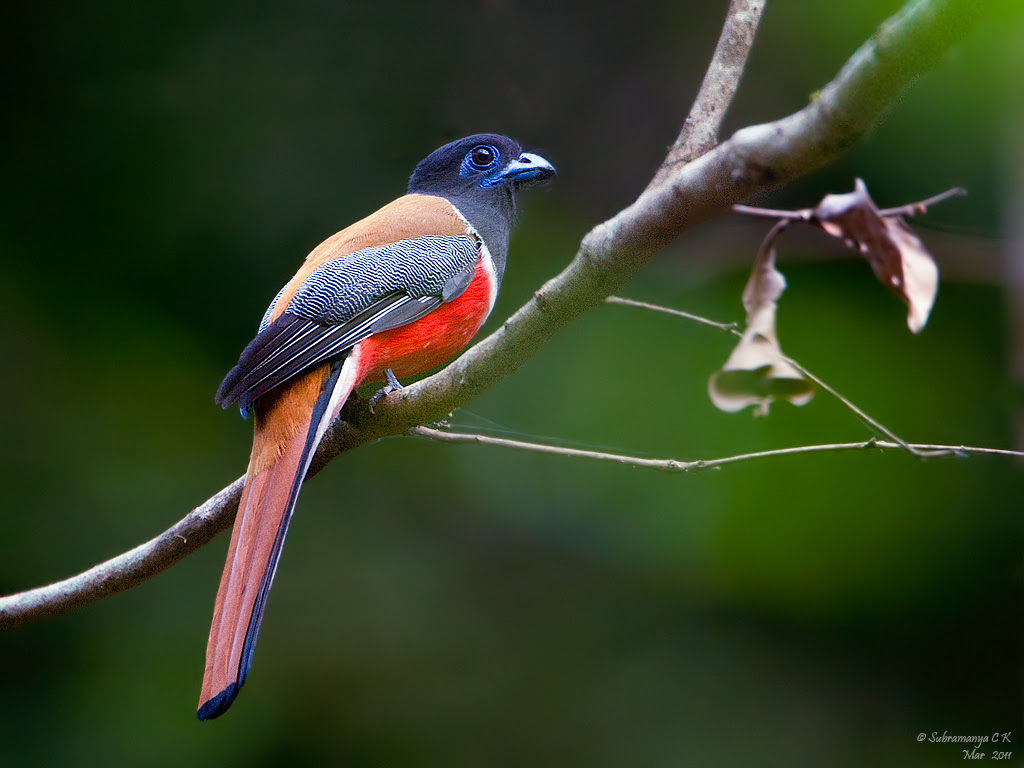 Posted by Krishna S. Girish at 3:46 AM No comments: